Fourth great-grandfather from Stark County, Ohio, son of Simon ESSIG a Revolutionary War Veteran, died in Whitley County, Indiana. Brothers Pvt Adam and Corp. Jacob served in Capt George Stidger's Company probably from Stark County, Ohio. They served on the Northern Frontier and were in the Battle of Lake Erie. George was wounded in an engagement with the Indians near Put-in-Bay. Have to wonder who is the George ESSIG granted land in Starke County, Indiana for service in the Ohio Militia. Fourth great-grandfather served from Greene County, Ohio was in Captain William Stephenson's Company serving from October 24 until December 22, 1812 or from September 20, 1812 until March 20, 1814. See page 128 Roster of Ohio Soldiers in the War of 1812. See Isaac Follis M602 on FamilySearch.org. Robinson's History of Greene County, Ohio says he was in Captain Robert McClellan's Company. No one knows why the flags are back in the corner. They should be next to Isaac FALLIS in front on the west side, Austin WEBB on the north side and possibly for brother Jacob FALLIS who has no known tombstone in Greene County, Ohio. See his Fold3 Memorial.

Probably the brother of Isaac FALLIS was a paid substitute for someone else according to Robinson's History of Greene County, Ohio. Nothing is known of Jacob after the 1820 Federal Census when he had a wife and 9 children. Several children are thought to have moved to Hamilton and Cass Counties, Indiana.

Most likely second cousin five times removed, usually known as Jonathan, son of Quaker's John FALLIS and Mary ANTRAM of neighboring Clinton County, Ohio served August 22 until September 22, 1812 and May 25 until November 24, 1813 in Captain Robert McClelland's Company. May have also been a member of the militia as a private along with Isaac Follis, and or in the 1st Regiment (4th Brigade, 1st Division) Ohio Militia, or both?

Could be father of Jacob Martin married Elizabeth FALLIS daughter of Isaac FALLIS and Mercy VAUGHAN. Jacob Jr. would have been 16 years old if he served in Captain William Stephenson's Company so could be his father or him? 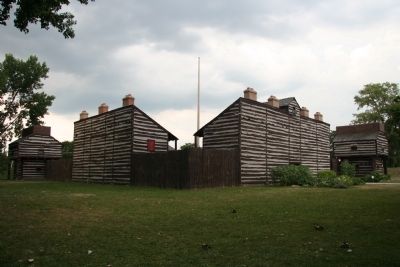 Third great-grandfather served as a substitute in Stark County, Ohio. He joined the German Baptist Brethren and belonged to the conservative Old Order Brethren who listed his age as 99 years, 10 months and 8 days in his 1876 Vindicator obituary. In the Royer Book it says when just 16 years old he served with General Anthony Wayne in Fort Wayne, Indiana.

Third great-grandfather has a G.A.R. medallion next to his tombstone. A newspaper account says David TIMMONS War of 1812 is buried in the West Side Cemetery Delphos, Ohio with Edmond and son Lewis. Lewis had a son David born in 1861. Edmond died in 1866 at 76 years of age so it is unlikely he fought in the Civil War in 1864-1865 rather he was the War of 1812 veteran. Edmond apparently was in Captain Collins Company, 26th Regiment, United States Infantry in the War of 1812, May 6, 1813 to February 28 18?, enlisted at London, Madison County, Ohio and received bounty land in Van Wert County, Ohio where he lived the remainder of his life. He may have also been in Captain Dawson's Mounted Calvary Ohio Volunteers a private?

Was a private on roll of Captain James Crother's Company July 27 to August 16, 1813, probably from Ross County which is next to Greene County where John lived, so he could be the husband of Phebe FALLIS, sister of my Isaac FALLIS above.

Sons of Isaac's sister Phebe FALLIS and John VAUGHAN above, served August 22 until September 22, 1812 and May 25 until November 24, 1813 in Captain Robert McClelland's Company. probably from Greene County, Ohio. William may have also served in Captain William Stephenson's Company from October 24 until December 22, 1812 or from September 20, 1812 until March 20, 1814. William was tall like his father John and died in 1838 from lingering effects of the hardships and exposure during the war. He is buried on the John Vaughan Farm now the Sugar Creek Metro Park.

My fourth great-granduncle, son of James and Lucy WEBB, uncle to Hannah KINGERY, enlisted in Washington Township, Montgomery County, Ohio. Was a Corporal April 25 to October 26, 1812 on roll of Captain Robert Gilchrist's Company. An uncle of Hannah KINGERY wife of Jacob FALLIS son of Isaac FALLIS. One of the 3 flags in the Fallis Pioneer Cemetery is likely honoring Austin Webb.

Most likely my fourth great-granduncle, son of James and Lucy WEBB, uncle to Hannah KINGERY. A corporal he served August 22 until September 22, 1812 and May 25 until November 24, 1813 in Captain Robert McClelland's Company, probably from Greene County, Ohio.

Second cousin five times removed, husband of Esther FALLIS of Clinton County, Ohio a physician and surgeon in the War of 1812.

George's brother, my fourth great-grandfather was in Watkins Command, Maryland Militia. Henry lived near Taneytown, whose most famous son is Francis Scott Key who wrote the Star-Spangled Banner in 1814 during the War of 1812 after the Battle at Fort McHenry which is now a National Park. Buried Landis Cemetery, Montgomery County, Ohio. Star-Spangled 200 celebration in 2012.

According to Roy KISER in his comment July 25, 2007, Johann ZUMBRUN had a son Jacob (1793 - 1868) (another brother of George and my Henry). Art Rierson added a brother David and Jacob as a soldiers in the War of 1812 in Captain John Galt's Frederick County Militia formed August 31, 1814 immediately after the burning of Washington D.C. by the British (presumably when we lost much of the 1790, 1800, and 1810 census records). Both were stationed at Hampstead Hill in the defense of Baltimore, Maryland and his unit was near Fort McHenry during the bombardment (that led to the Star Spangle Banner). His daughter Margaret married Roy's second great grandfather William Kiser. Jacob was a saddle maker and at one time a justice of the peace in Carroll County, Maryland.

Genealogy research is never complete, more documents are coming online all the time so what wasn't found today, might appear another day. If you find research that adds to, or contradicts mine, please leave a Comment in my Guest book, join my Follis Families on Facebook page, or send me an Email.